Congratulations to all this month’s winners and nominees!

Do you have an athlete that should be nominated for next month’s Athlete of the Month contest? Submit your nomination here. 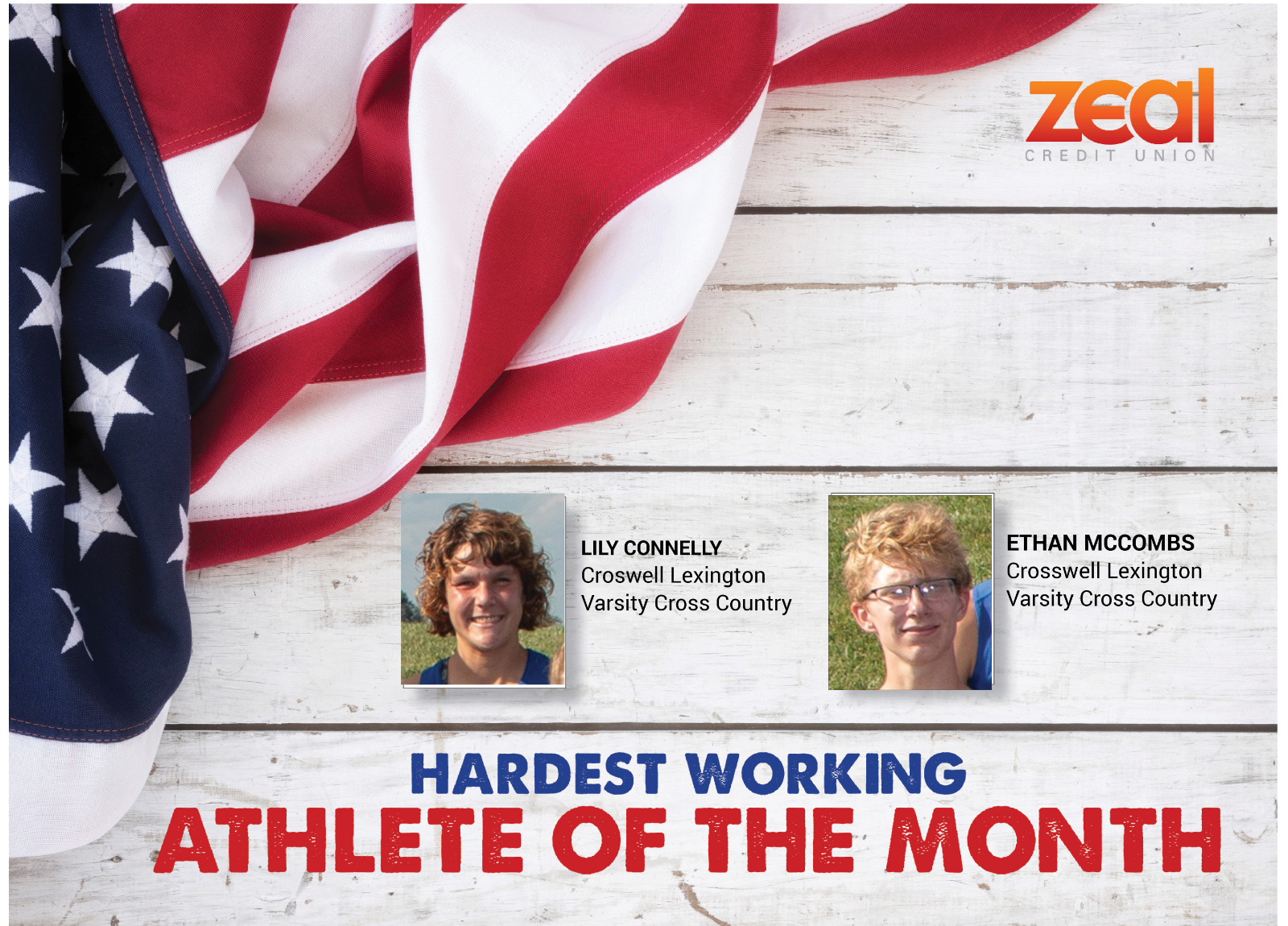 Kowalski earned 1st Team All M.I.A.C. honors by finishing 5th at the M.I.A.C. Cross Country Championship.  He moved up from his best conference finish of 14th at the previous jamborees and improving his time by a minute and a half to a personal best 18:08.  Kowalski also was a medalist at the Ann Arbor Gabriel Richard Invitational.

Emily is the two-time NSC Champion (last year as a freshman and this year as a sophomore). She recently recorded a 68 at the IHSA Sectional Tournament at Mt. Prospect, which placed her 2nd in the tournament. 68 is a new 18-hole record for Stevenson. Last year, she had a 9-hole score of 32, which was also a Stevenson record.

She and the rest of her teammates qualified for the IHSA State Finals this week with a team score of 298, the lowest Sectional score of any team in the state.

Sharon has gone far and above to be a team player.

She’s been a hard working and talented runner on the cross country team for 4 years. She’s also a great teammate and leader! Top awards so far: All-county and league runner-up

Evan was voted MIAC Blue Division League MVP for Soccer. He had 15 goals & 9 assists, is a senior captain, and was 2nd team all state last year. This year’s awards haven’t been released yet.

Daniel is an incredibly talented and hard-working sophomore distance runner. At the same time, he is humble and celebrates the team’s success as much or more as his own. Top awards so far: OAA Blue champion (1st place all three OAA Blue meets), Mustang Invite 9th/10th Division winner, All-County (8th place), 2nd place at Oxford Invite.